OVERVIEW OF PROPERTIES OF POLYMERIC MATERIALS 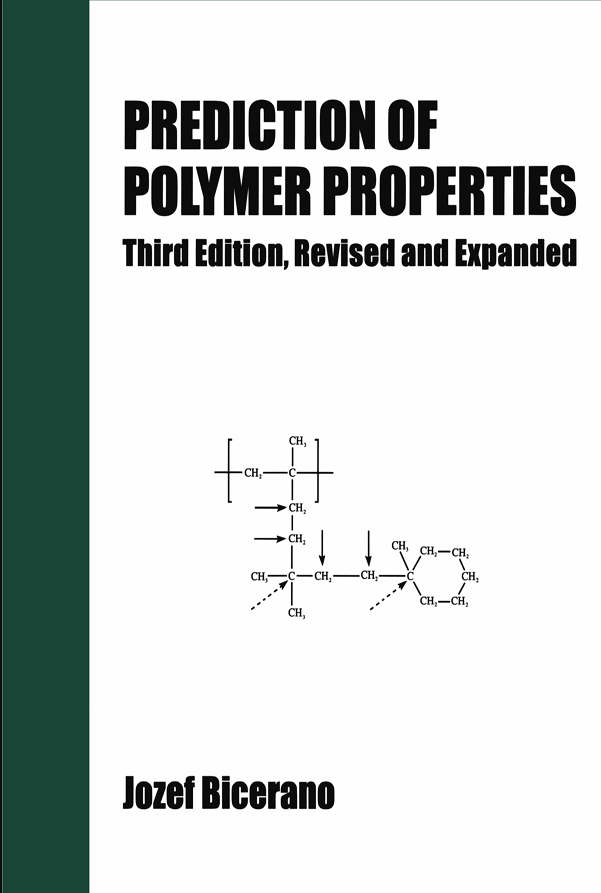 This post is based on the discussion of polymer properties by J. Bicerano, Prediction of Polymer Properties, third edition, Marcel Dekker, New York, 2002.

The properties of a polymer fall into two general classes.   Material properties are mainly related to the nature of the polymer itself.  Specimen properties are primarily consequences of the size, shape and layout of the finished specimens prepared from that polymer, and the process used to prepare these specimens.

Morphology at the microscale and/or the nanoscale plays an especially important role in determining the properties of more complex polymeric materials; such as block copolymers, polymer blends, and polymer matrix composites.  Kinetic factors (determined by fabrication process conditions) can have a major influence on the morphology.  Hence the separation of the properties of polymers into these two classes is unfortunately not always straightforward.  Material properties affect the specimen properties, and fabrication conditions affect the observed material properties.  The following are two examples:

Another imprecise (since it depends somewhat on one’s perspective) but somewhat helpful distinction is whether a material property is of a fundamental or derived nature.

The following is a list of polymer properties.  Different properties are more important for different applications.