Most natural clays consist of stacks of clay nanoplatelets that can be separated from each other (exfoliated).  A vast amount of literature exists about all aspects of the science, technology, and applications of platy clays.

The historic Dragon Mine deposit is the only known measured resource of halloysite in the Western Hemisphere significant enough for large scale commercial production.  Applied Minerals, through its ownership of this mine, is the leading global source of halloysite.  Its products are marketed under the Dragonite™ tradename.  The Dragonite™ Handbook is a valuable comprehensive resource for information about halloysite.  All of the numbered figures and tables in this post were reproduced from this handbook.  The sources of the remaining images will be identified while discussing them.

Figure 5 shows samples of exceptionally pure halloysite ore and powder from the Dragon Mine.  Figure 1 shows a scanning electron micrograph (SEM) of a sample of pure, as-mined halloysite, from which the presence of clay nanotubes can be observed.  Figure 21 shows a transmission electron micrograph (TEM) from which the fact that these nanotubes are hollow can be observed.  Figure 2 illustrates the structure and chemistry and Table 14 summarizes the properties of halloysite. 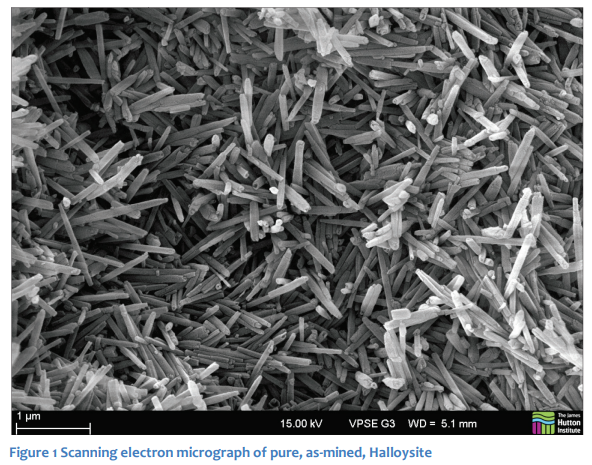 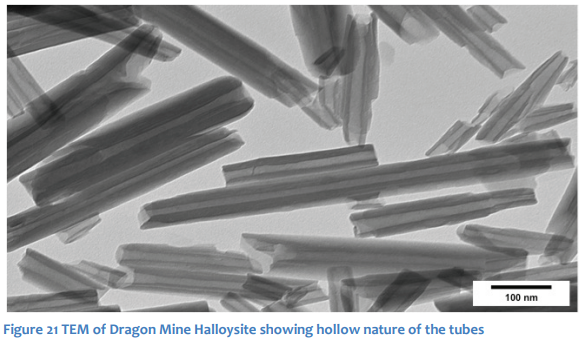 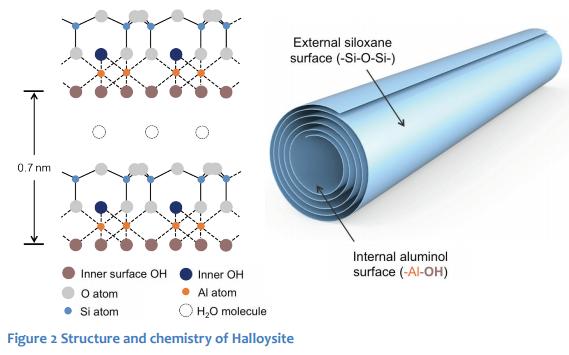 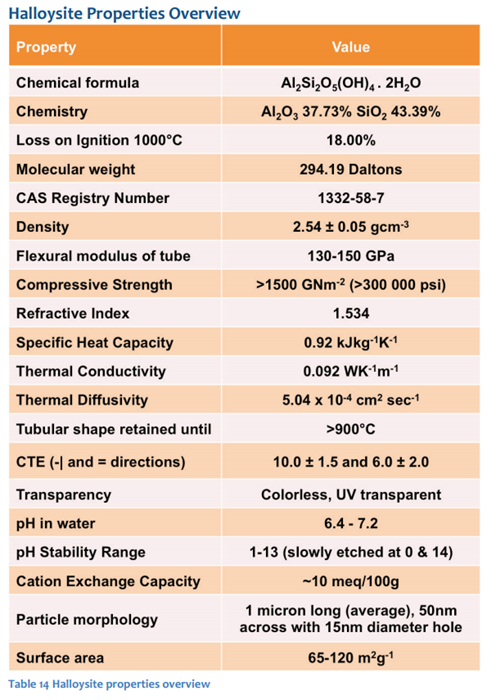 Many applications of halloysite have either been developed or are under development: